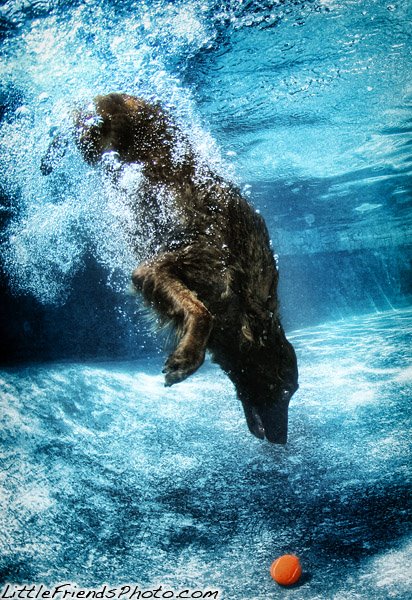 I’d like to talk about Raika.  The Leaping Lunatic.  Moderately neurotic, single minded and full of life.  The apple of my eye.  The cutest ever.

Welcome to my blog, Raika.

Raika doesn’t really deserve the amount of adoration I slavish upon her.  Raika has removed more hair from my head than any haircut.  She’s ripped my clothes, bruised my body, and bloodied my face.

When I get out of a chair Raika leaps up, desperately hoping for some action.  If I ask her to touch my hand she touches my hair.   She moves faster, thinks harder and cares more than any dog I’ve owned.  She is beautiful, engaged, and more than a little crazy.  Really, what sane dog dives to the bottom of a 9 foot swimming pool?  Raika does.

With so much drive, energy, and intelligence, what could possibly stand between Raika and true greatness in competitive obedience?

You see, Raika  lives for variety, challenge, speed, interaction and athleticism – not exactly the hallmarks of competition obedience.  Unlike agility, where the participant is rewarded with a flat out rush of adrenaline, obedience is at most a hand touch and a heartfelt “good girl!” Adrenaline rarely comes into the picture.

Silent heeling with a predictable pattern?  Ho Hum.  Recall towards a stationary person who just left?  Big Yawn.  Signals –  In the same order one more time? How very clever.

I’m not saying Raika dislikes obedience.  She certainly loves to train, but she competes to make me happy – that is her nature.  Raika can no more intentionally disobey than a puppet can ignore it’s strings. Raika believes that to disobey could lead to disapproval, and disapproval could lead to homelessness, a fate she’s not interested in exploring. Unlike her daughter, Juno, Raika is genetically wired for relationship.  She was born watching me; predicting my moods, and eager to please.  I did not have to create a relationship with her, she created one with me.

When Raika realized there would be no ball in the ring, her energy dropped dramatically.  The reality of competitive obedience set in. Without a ball in the picture, she still worked, but the sparkle was missing.  I have no interest in competing with a dog that doesn’t want to play the game with me, so I felt a lot of personal pressure to make the ring more fun for her.

I removed all toys from her training and substituted ring objects – my goal was to make the ring experience as close as possible to training by having the ring objects become her toys.  We had a rough couple of weeks but pretty quickly she embraced her dumbell and gloves as substitutes.  Once this change was complete, her Open performances regained their sparkle and a bit of cheerful naughtiness.  Utility never regained the level of excellence that I knew she was capable of,  but on some days we came close.

The second thing that stood between Raika and competitive obedience was stress early in her career.

Raika taught me the importance of reading and recognizing emotional distress in dogs – the fruitlessness of trying to jolly up a dog who is seeing ghosts, and the potential long term damage of ignoring it – let me tell you right now, more “ring experience” will only make it worse.  Raika was nervous at AKC dog shows.  Her discomfort never showed up on the schutzhund field where she began her competition career.  She reserved it for the AKC environment, where she became flat and difficult to engage.  In spite of this, I went straight to trials with no matches, classes, or ring preparation to ease the way. I learned my lesson when she heeled backwards in her first novice trial, apparently under the illusion that the judge was a stalker who needed to be watched carefully.

Fate stepped in here in the form of a book; I ordered a copy of Control Unleashed after beginning to read it at a friend’s house.  The book made me uncomfortable.  Much of what I believed about obedience – perfect attention, no sniffing, “working through” stress;  these ideas were held up to inspection.  Contrary to common wisdom, here was a book telling me it’s ok if my dog chooses not to work.  Um.  Really?

Reading that book did more to change my training philosophy and respect for the dog than anything else I encountered in the prior 10 years.  So here’s to you, Leslie McDevitt.

Control Unleashed helped me to see work as a privilege – Raika was no longer allowed to work until she indicated that she was ready.  When she understood that she really had a choice, she always chose to work.  Sometimes she needed to check and make sure the gremlins were asleep, but then she worked.  She didn’t always perform with the edge I had in training, but she looked happy and beautiful.  And really, it was pretty darned good most of the time.

Here, you can see her for yourself.   This was her sixth run of the day at the National Obedience Invitational in 2010 – she was tired, but she gave me what she had, because that’s what Raika does:  http://www.youtube.com/watch?v=g6r2-YCwvJw

When the quest for the OTCH began, I combined my respect for her emotional state with increased value for her ring objects. I learned to play between exercises, even if it created disapproval on a few faces.   I was there for her.

And she was there for me.

If you struggle with getting a release off of toys or bite objects, or if you just want a sophisticated look at a dog‘s motivation around toys via fight, possession, prey (chase) behavior, and getting cooperation (release or toy return), watch this video. Obviously,...

END_OF_DOCUMENT_TOKEN_TO_BE_REPLACED

I know, I said I'd do a better job keeping up my blog.  What can I say?  I suck. Anyway, Xen is coming up on his one-year birthday!  He's making really nice progress in his training.  The following video shows training for "object guard". His job is to prevent me from...

END_OF_DOCUMENT_TOKEN_TO_BE_REPLACED

I haven't written on my blog in many months.  What happened?! All is well! I stopped running day-to-day operations at FDSA, and that freed up time to do what I am seriously passionate about - education.  Free education, for the most part, because I spend a very high...